A sleek die-cast racehorse made in England in the early 1950s. Like a real trotter, Paquito has a sulky: a light 2-wheeled cart having a seat for the driver only. When the young driver pedalled, the horse would move making its front legs trot as well. It was manufactured by the Lines Bros. with the Tri-ang brand, which became a famous toy brand in Europe. The company name is the fruit of a wordplay: the three brothers, that is the three Lines that form a triangle, whence Tri-ang. Their toys were sold all over the world. Paquito was sent to the Museum from Cuba where it would run along the streets of the capital with a number 8. 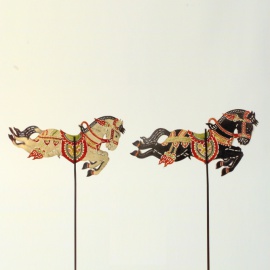 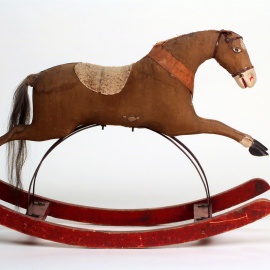 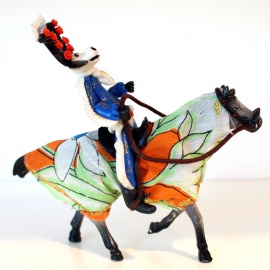 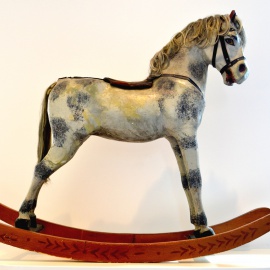