It is an ingenious toy horse mounted on a double rocker that makes it move forward. Fortunato stands out for its stylised and geometrical forms that make it a sly and fierce horse. It is made of wood painted red and it features metal details. It is an Italian toy made at the turn of the century during the years of Futurism. It is named after one of the great artists of that period, Fortunato Depero, who designed and made several toys. In 1915 the artist wrote in the manifesto of the “Futurist Reconstruction of the Universe that he intended to make “toys which will accustom the child: to completely spontaneous laughter; to imaginative impulses; to the continual exercise and sharpening of his sensitivity; to physical courage." Fortunato definitely embodies all this. 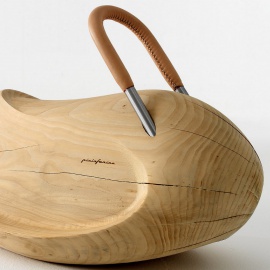 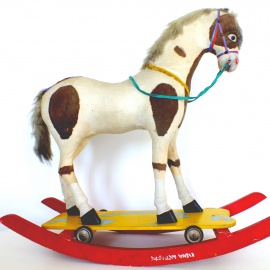